The Paintings Of Gustav Klimt. What We Can Learn From Them.

I have long held a fascination with the paintings of Gustav Klimt. In my recent exploration of drawing the human figure from scratch I have learned much from this artist.

I often wonder too, for a man so dedicated to his craft, and the pursuit of the avant garde and originality, what he would have made to his worldwide, at times chintzy acclaim that has become so mainstream as to be accused of being slightly boring or a cliche.

Who doesn’t have a notebook, calendar or mug with one of his most famous works littering their desks, walls or shelves? (Eh erm…as evidenced by me in the title picture of this post!)

But for me, this exploration is heavily linked to my own journey learning to draw the human figure.

He is an artist, perhaps one of the few who has managed to keep changing as an inventor of his times. He absorbed the lessons of a classical art education and bore them stoically whilst quietly rebelling against Viennese traditionalism, heralded the Seccessionist movement and led a group of revolutionary painters, founded the “golden period,” and embraced the advent of expressionism blending all of his creative knowledge to lead the new era, having discovered the works of Henri de Toulouse – Lautrec, Bonnard and Matisse.

Who is Gustav Klimt?

In case you might not know, Gustav Klimt, was the founder of the Austrian Secession movement. He is noted for his focus on painting women in his work most of which is instantly recognizable today.  He was born into poverty on July 14, 1862 and died of a stroke on February 6, 1918.  He had a conservative arts education (clearly where he learned how to become a master draughtsman) which led to a portfolio of commissions across Vienna, notably in famous public buildings. As his career evolved, however, so did his radicalism, especially for his time. Devoted to spending time on just his art and the development of the Secessionist Movement he produced notoriously controversial paintings such as the Kiss (1907) that marked him out as the artist we know him as today.

Delving behind the scenes for a moment, there is much we can learn from Klimt, especially from studying his sketchbooks. As a sketchbook artist myself, there is something about the process the great artists quietly put themselves through in order to perfect their craft. We see it time and time again, and in Klimt’s case, one can see how he evolved from traditionalist to the modernist of his time through the unassuming simple strokes of pencil on paper. They were probably never intended for consumption by the human eye.

The fact that he used to let his beloved cat, “Katze,” sit on piles of sketches left to accumulate on his living room floor is testament that this obsessive habit of sketching drove him to discover his eventual style.

There is hope for us all who sketch it seems!

For an artist as prolific as Klimt it is unusual that he only completed around 200 final masterpieces. He was a shy man who rarely spoke about his art work. How apt, therefore, that he produced around what is thought to have been 4000 sketches!

Through the pages of his sketchbooks we see Klimt’s obsessions with physical decay and disease, and a subversion of subjects that his Viennese professors were outraged with. This is most keenly seen in works such as Medicine (1897/98).

His own pocket sketchbooks, which he always carried with him, alongside 14 of his works, were burned on that fated night of May 8th 1945, when an SS soldier (on his way out) put a match to the the Schloss Immendorf, a castle in a the small Austrian village of Immendorf, that had been used as the storage location of many confiscated works of art during the second world war.

Setting aside the image we carry of Klimt I delved into one of the books on my shelves “Gustav Klimt. 100 Drawings. With an Introduction by Alfred Werner.” Devoid of the characteristic flare for bright opulent colour we have come to associate with him and setting aside for a moment the mass culture surrounding him, these human sketches are powerful in their own right and give a nod to the fact that he is first and foremost a master draughtsman that worked tirelessly in the pursuit of capturing the subjects he later relied on in his final works.

I reflected on what we can learn from him;

In keeping a daily sketchbook you invariably end up drawing similar subjects over and over again. Research the best version of the thing you draw. Klimt’s sketches, thousands of them, turned out to be incidental. The fact that he discarded them and used them as a cat basket shows how committed he must have been to a process and journey of discovery, discarding what he produced one moment for the opportunity to improve in the next. This ardent passion highlights how he must have wrestled with his reality and the themes within it.

He drew all the time, carrying little pocket sketchbooks with him everywhere he went. I love how the sketchbook is a reflection of this learning process, never necessarily intended to be consumed by other human eyes but still playing as valuable a part in the creative journey.

Look at the object more than you do your paper!

What strikes me about Klimt’s drawings is how linear and perfectly confident his lines are on the paper. Undoubtedly Klimt was a master of this technique. Having been classically trained he, no doubt, refined his perceptual skills. Look at his sketches more closely. The pencil does not leave the paper.  The line is continuous and gives us the clue that the pencil was probably on the move, constantly setting down the contours on the page. His artist’s eye was fixed on his model.

As an aside, this is one of the most VALUABLE gifts you will learn as you draw and practise.

Magic starts to happen in  your brain. Betty Edwards in her book “Drawing on the Right Side of Your Brain” advocates spending more time observing your object than the paper you are drawing on, citing that this is a perceptual skill. She makes the connection that;

“having learned to know perceptual skills through actually using them in drawing will enhance your success in transferring your visual skills to thinking and problem solving. You will see things differently.”

She goes on “these visual skills are useful for problem solving of all kinds, in every field of human endeavour, from solving business or personal problems to enhancing general thinking about world problems or local problems. More important, they can help you produce new and unique innovations of social value.” Lesson number 2, therefore, is spend more time looking at the subject and less on your drawing itself.

Love what you draw

Klimt most definitely loved his ladies and was rumored to have fathered 14 children! Whatever your viewpoint on the morals of the man, his passion for his subject invested his works with authority and confidence. He found his niche and then focused in on it with obsessive detail.

What do you think your niche might be or become? This comes over time as an artist. Most of us turn to drawing or keeping a sketchbook for pleasure, for random thoughts. I advise everyone on my courses to ALWAYS start with what they love in life and transcribe it to the page. You become more open and genuinely interested in your subject. Your drawings can show you how you see things and feel about things. Klimt did not simply sketch or draw women, he invested them with story, wrapped them (literally) in clothing of myth and spirituality. He conveyed his awe of a subject he was passionate about onto the paper.

Invest your sketch with emotion

(That sounds such a typical thing that an artist would say!) How is it that Klimt is able to capture the “mood” in a simple line drawing?  It baffles me how this is possible? Take a look at some of the sketches again.  Notice, for example, the curvature of shoulders and bend of a head points toward the emotion of shyness. The dark head of an old woman craddled in hands, worry and weariness, a reclining figure – an air of oblivion in rest. All from a simple line drawing that morphs into a drawing loaded with emotion.  My only answer to this is linked to your observational skills and attention to detail.

Learning to sketch the human figure from Klimt

Inspired by Klimt I picked up my sketchbook.  Bearing in mind I have not had the classical artistic training that Klimt had, I have depended on hours of scruffy sketching practice and trial and error!

You’ll have seen in my earlier posts on how to go from drawing a stick man to human figure in 3 simple steps.  This is definitely a cheat’s guide to getting started when sketching the human form.  However, I have found that as a result of implementing these steps I have been able to produce a final outcome.  If you can’t get to a live drawing class try and find a book that has a set of human figures to sketch from.  I used the “Atlas of Foreshortening – The Human Figure in Deep Perspective” by John Cody which is a reference bible of the human figure (both male and female).

I’ve implemented at least three of the above points in order to emulate Klimt’s process and have been pleasantly surprised by the result.  In particular I wanted to ensure that I drew the same consistent pencil strokes that Klimt himself captures. Perhaps my next step will be to figure out how to drive emotion through each drawing. That will surely come with practice.

I’m inspired daily by other artists, both famous and infamous and love absorbing the clues to their skill and transcribing it to my own technique. If you have landed on this page interested in learning to draw the human figure you can check out one of my full courses, Sketch from Scratch: People.  You can find it in my learning community here!

I’ve got a long way to go with my figure drawing. I take comfort in the fact, however, that Klimt must have felt this emotion too as he surveyed countless sketches strewn across his floor complete with his mewing Katze! Yet, undaunted he relentlessly continued drawing and thinking about the subject on the page.

And as Hokusai, the Japanese artist said “learning to draw never ends,” and it doesn’t.

Thanks for reading. If you’d like to join Emily’s Notebook free community to receive articles, lessons and more please visit and sign up here! 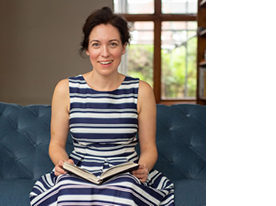